When is getting infected a good thing, Martha Stewart? 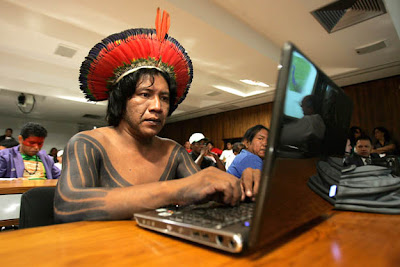 When it's a Splotchy Story Virus! But you ask, Center of Disease Control, just how does this work? I'll let Splotchy explain-


Here's what I would like to do. I want to create a story that branches out in a variety of different, unexpected ways. I don't know how realistic it is, but that's what I'm aiming for. Hopefully, at least one thread of the story can make a decent number of hops before it dies out.

If you are one of the carriers of this story virus (i.e. you have been tagged and choose to contribute to it), you will have one responsibility, in addition to contributing your own piece of the story: you will have to tag at least one person that continues your story thread. So, say you tag five people. If four people decide to not participate, it's okay, as long as the fifth one does. And if all five participate, well that's five interesting threads the story spins off into.

Not a requirement, but something your readers would appreciate: to help people trace your own particular thread of the narrative, it will be helpful if you include links to the chapters preceding yours.

There always has to be a start of a story, so here it is.

The mall was crowded. There were happy people, angry people, people in a hurry, even a few people sleeping on benches. To the security guard, they were a blur of coats, hats and scarves. He was just beginning his second eight hour shift. He yawned, leaning against a pillar in the food court, the aftertaste of terrible mall cookies lingering on his tongue. His eyes abruptly snapped open with the loud sound of glass shattering behind him.

The glass landed on the main concourse floor and the strung Christmas lights around the mall made the floor glitter like a field of glittering gems. Out of Hot Topic came a huge tasseled-shod foot and the glass cracked like ice under the foot's immense weight. Above that antiquated shoe was a massive muscular leg, clad in green tights.

The elder Mrs. Hajba knows what this creature is and she screams out its name, yet no one understands her. Mostly because everyone else is too busy screaming, but also because the only person would understand, her daughter Anastasia, is across the mall at T.G. McFunster's...trying to find husband number four, lest her, and her mother be deported.

This being that apparently is unknown to America, stands some sixteen feet tall in bright green and red clothing that would be more suitable to the Renaissance. The brute is muscular and misshapen, with veins that bulge and throb at a preternaturally speed. Its skin is bright white, and its teeth silver and black like tinsel. The eyes of the beast have no pupils or irises to speak of. They could best be described as giant red, opaque Christmas ball ornaments.

Mrs. Hajba summons every brain cell that American TV soaps haven't manged to destroy yet and she yells at the security guard, "It's Ghost of Kreestmass Disappoint-ted!"

That's it for me, I pass the baton on to:

And last, but not least, Paulie Decibels.

I'll do this, I promise. Just give me a sec.

I'm glad that you are giving this a try.

Very nice! Thank you very much for being infected!

Thanks for infecting us...

My part is done. You left me with some tough stuff. "Ghost of Kreesmas Dis-appointed"? Naturally, I passed that buck.

Hey man, I've got enough infections and disappointments. (Though I might do this a second time anyway). I'd hate to disappoint.

My word verification is "coxinus."

Nice one Cormac.
All the best, David.

Thank you all for being good sports and participating!

I was number nine in this particular chain. Everyone preceding me did a great job in keeping it up to a certain level.

Welcome, and you did a great job with your chapter of the virus!

Refueling for another writing romp...

The Premiere Issue of Needle Magazine

Among the fine stories in this issue, please check out my story "Santa Barbara And The Killing Is Easy"

You can find Cormac Brown here, as well at as these other fine venues

The writings of Cormac Brown by Cormac Brown, are licensed under a Creative Commons Attribution-NoDerivs 3.0 Unported License.

Cormac Brown
"Cormac Brown" is my pen name. I'm an up-and-slumming writer in the city of Saint Francis, and I'm following in the footsteps of Hammett...minus the TB and working for the Pinkerton Agency. I've had stories posted on Flashing In the Gutters, Powder Burn Flash, Six Sentences, Astonishing Adventures Magazine, Crooked Magazine, Beat To A Pulp, Needle Magazine, and Dark Valentine Magazine.

Linked Blogs That Are No Longer Updated, But Not Forgotten

Delve Into The Past And You Will Be Rewarded...